I heard a funny conversation…

…the other day at KAF while I was in the MWR waiting to use the computer.  I couldn’t help but overhear the conversation a young Soldier was having with someone back home on Skype. I found it so twisted that I actually laughed out loud.

OK, before I go any further with that story I need to take a minute to explain that I am not in the habit of listening to others’ conversations, but in most of the MWRs it is difficult not to. It is like trying to have a private conversation sitting in the middle of a stage in a theater while 10 others are doing the same. Please read this great post about what it is like (message in a mud hut).

There are two basic problems with the MWRs: the design/build & the people using them.

Back to the conversation that made me laugh.  Of course I could only hear his side of the conversation but the person on the other end must have asked what it was like because he launched into a long soliloquy on what Afghanistan is like.  Let me also add that earlier in his conversation he had said something about having been here for almost a month.

So he had formed a very detailed picture of Afghanistan in less than 4 weeks on KAF…yes, that is right, his ability to describe Afghanistan in such detail was based on his astute observations and vast experiences while fully ensconced in all that is KAF.  I know this because he talked about how ‘…one day we were able to walk over by the fence and see what it was like…’  I wonder if he has any idea how dumb that sounds…after all:

Of course, that really highlights the whole problem with this kids’ view of his physical world; what he sees directly in front of him apparently is quickly extrapolated in his mind to create a much bigger picture of the truth.  It must be very interesting to be around him as he sees new things for the first time.

Now back to his description of Afghanistan.  I cannot pretend to quote him directly, but I think I can give a fairly accurate representation of his answer to the question of ‘What is it like?’ so the following is an abbreviated bit of the conversation written as if I am him on Skype:

‘Well here on KAF it is really dusty and it sometimes smells pretty bad because of the sewage area.  Everyone calls it the poo pond and I don’t know why they put it in the middle of KAF, but it stinks pretty badly.  But it makes me mad when people complain about Afghanistan because KAF is dusty and smells bad.  KAF is not anything like Afghanistan, one day we were able to walk over by the fence and see what it was like and it didn’t smell at all and it was not dusty.  I could see green bushes and stuff and I could even see a house and I’m sure they have grass and everything because it was green by their house.  All they need to do at KAF is plant grass.  That is the only reason it is dusty, they don’t have any grass planted.  The houses in Afghanistan are just like at home with grass and everything.  It wasn’t dusty at all by the fence.’

He continued, but honestly, I was laughing out loud and had to leave the building so I missed out on his insightful description of Afghanistan gained from a few minutes of looking out the fence on KAF.

I should explain why I found this so funny, because reading back over it doesn’t really sound that funny.  Maybe it is one of those ‘who had to be there’ stories.

Anyway, he started off ok.  It is true that KAF is horribly dusty & stinks because of the poo pond; however, it was not ‘put in the middle of KAF’.  The reality is the ‘urban sprawl’ of KAF engulfed the poo pond that used to be on the edge of KAF.  Admittedly not great future planning on someone’s part, but I bet when it was done nobody even remotely thought KAF would become the behemoth it has become, so you won’t find me criticizing the placement of the poo pond.

Where it became funny was when he proclaimed it wasn’t dusty at all by the fence.  Maybe at that very moment there was no visible dust swirling in the air, but rest assured that the vegetation is sparse and the ground there is the same sandy, clay concoction that has been pretty much everywhere that I have visited.  All you need to do to make it dusty is move your feet or have a slight breeze pass through.

In the area of Kandahar Province, where KAF is located, the vegetation is present to a greater degree than the area in Zabul near Qalat, but is not dense or could even remotely be described as carpeting the ground. So he went from seeing some desert bushes to deciding that meant houses in Afghanistan are just like we have back home with grass and everything.  Dude, I have only seen a fraction of houses in Afghanistan, but I am pretty confident that you won’t find very many that would remind you of home, especially in southern Afghanistan; at least I do not recall seeing any mud huts in the US.

In the past 10 months I have only come across a few small areas of grass that is only there because someone has the means and desire to keep it well tended.  I can recall 2 small plots of grass on the Camp Eagle (ANA base), a couple small (10 ft x 2ft) plots of grass up at FOB Bullard and I know there is a small square of grass of FOB Smart.  That is the only grass I can recall seeing from the air or ground.

Of course as we fly over the river valleys there are villages that seem to brim with green vegetation, but in my experience, when you actually visit the village you will discover the green is not grass, but rather useful vegetation such as vegetable gardens, fields of wheat or alfalfa or orchards.  Not many Afghans that I have met seem to be willing to waste time and precious water to grow grass.  Why would they?  They need food for themselves and their livestock, they don’t need grass!  Normally the non-fruit & nut trees have been severely clipped back to be used for building materials or fire wood.

I have only experienced a tiny fraction of Afghanistan firsthand and would never presume to be able to describe what all of Afghanistan is like.  I can describe small slices of Zabul Province.  I can give you my impressions from seeing a bit of Kandahar out the window of a truck or helicopter.  But I cannot tell you what Afghanistan, the country, is like.

Of course, I know I have in the past and will be in the future, guilty of providing broad generalizations and opinions based on my experiences, but I do & will continue to qualify those descriptions…even more so after hearing this kid’s wildly funny description of Afghanistan.

Visit Drew at hotmilkforbreakfast for a wider view of what is Afghanistan.  He has seen a lot more of Afghanistan than I will ever hope to.

and then tell me, which one of the pictures best shows ‘what Afghanistan is like’? 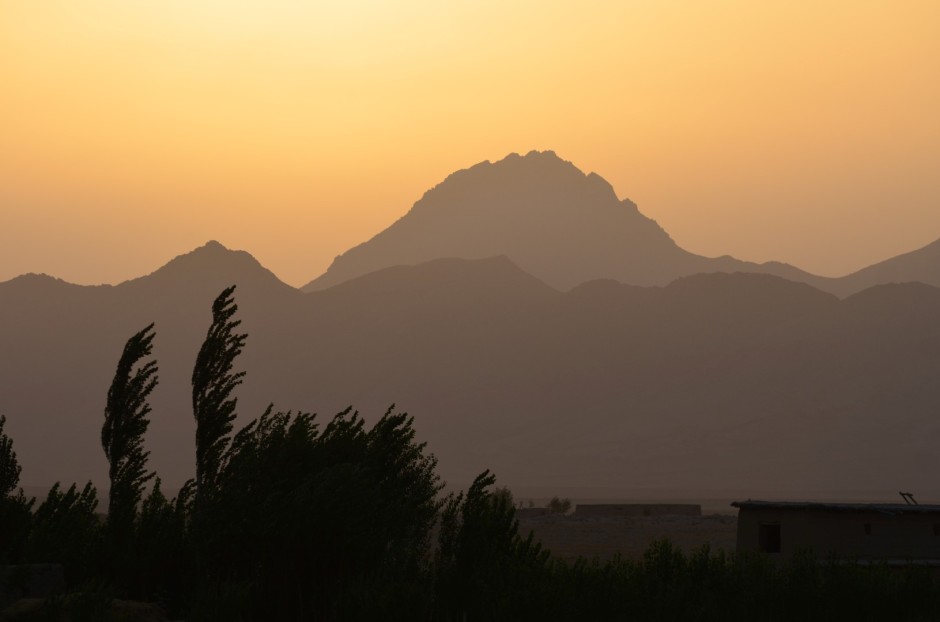 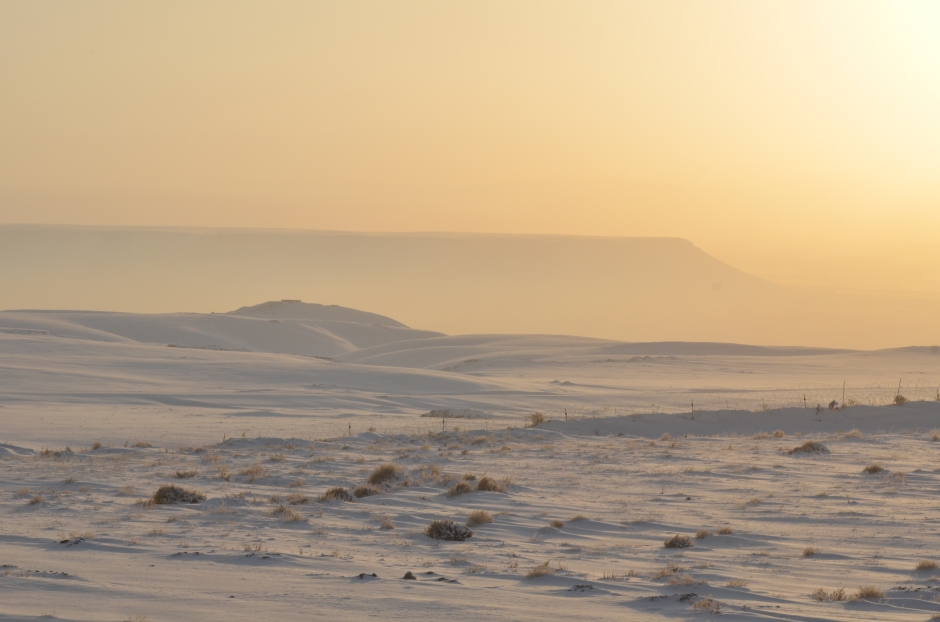 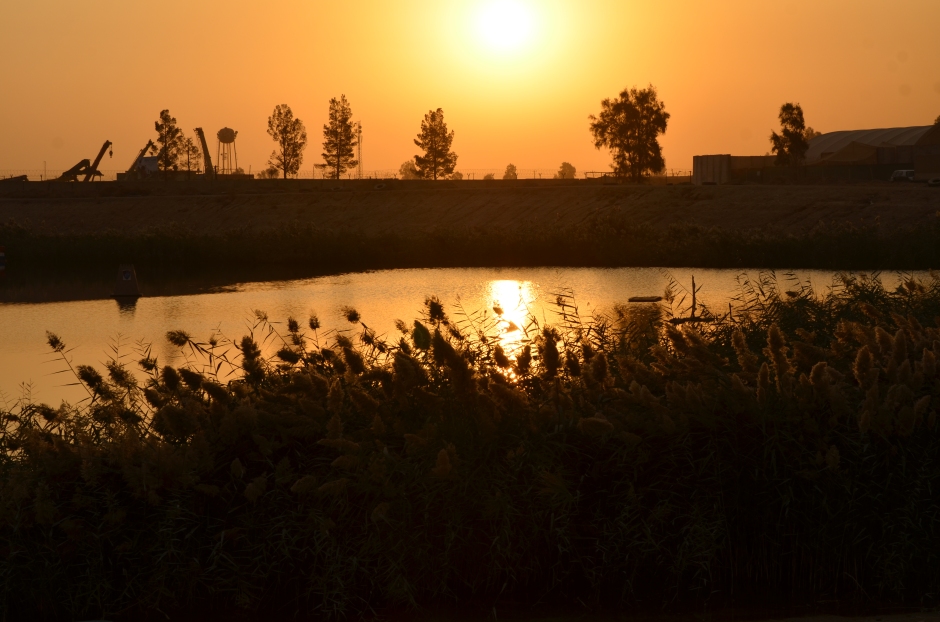 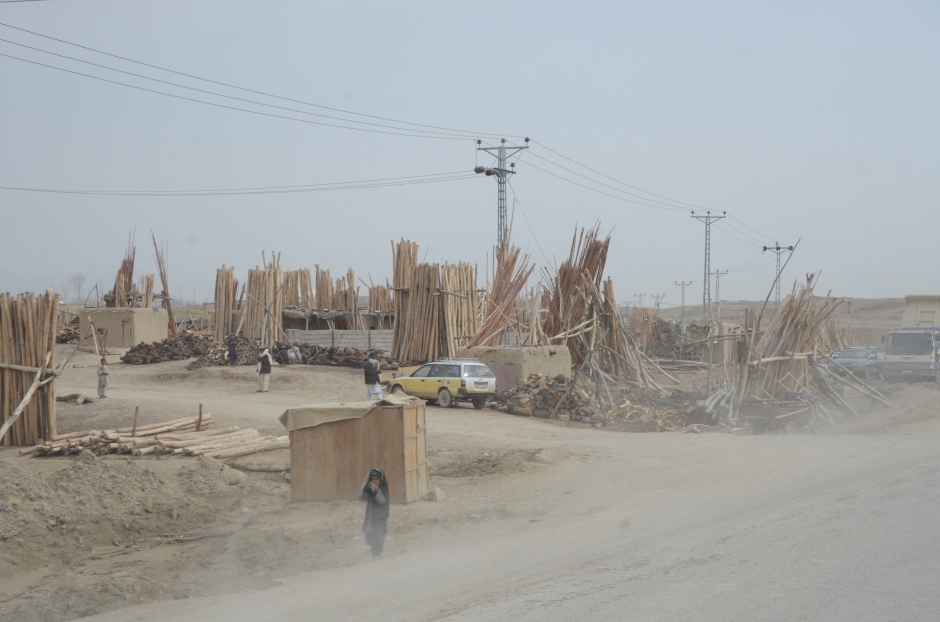 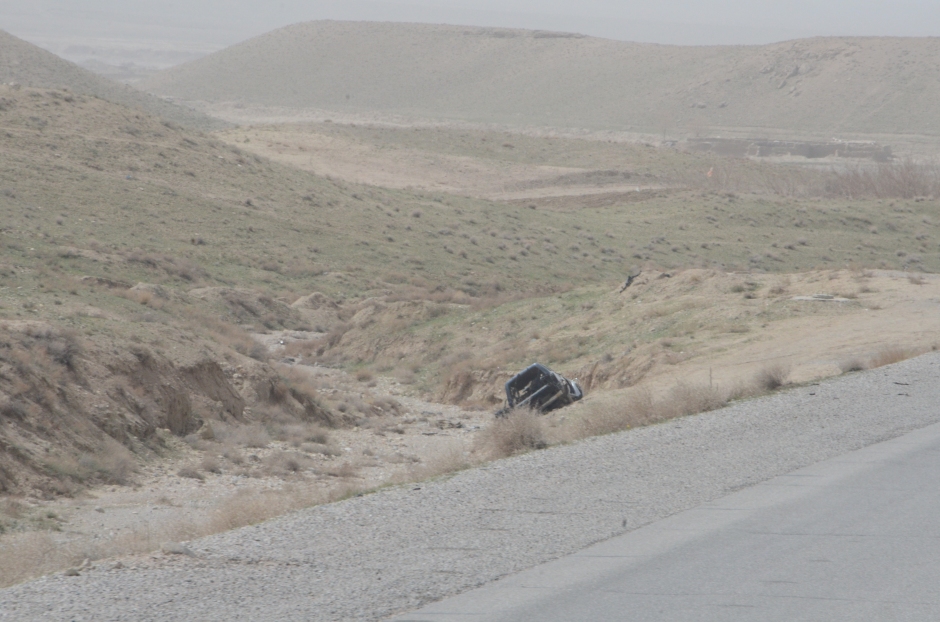 still some water in the riverbed in pkaces